Delia Guerrero, Front Desk Receptionist and Security (bilingual)
Ms.Guerrero@TAPAprovidence.org
Delia is one of the TAPA parents, with two of her three children attending the school. She loves to have her children at her workplace. Delia invests most of her time in the main office as a security guard, ensuring the safety of the students and staff in the building after school hours.  In her free time she loves to spend time with her family/friends and relaxing.

Paul Hoover, Orton-Gillingham Coach
Mr.Hoover@TAPAprovidence.org
Paul has worked with students in public, private and charter schools, ages 6 through 55. With a Bachelor’s in English Literature, a Master’s in Theology, and Ph.D studies in comparative literature at Stockholm University, he brings his unique background as an educator, professional actor and translator to guiding students to greater competency and confidence in reading and writing skills. He is a Fellow in Training of the Academy of Orton-Gillingham Practitioners and Educators. The Orton-Gillingham Approach to reading and writing is language-based, multi-sensory, cognitive, flexible and emotionally sound. As a professional NYC actor, Paul performed on stage, screen and television. He studied with Uta Hagen, Austin Pendleton and Rochelle Oliver. As an acting teacher he has taught musical theater and on-camera commercials. 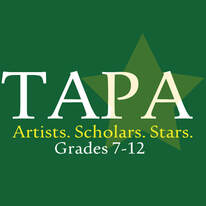 Virginia Olivelli, ELL Specialist/Coordinator
Ms.Olivelli@TAPAprovidence.org
Virginia has been an ESL inner city teacher for the past thirty-three years.  In the span of her teaching career, she has taught students from kindergarten through graduate school. Many of her former ELL students are now professionals in Rhode Island’s academic and business communities. School districts have benefited from her expertise of language development through her guidance in curriculum design and professional development. Virginia has also mentored many education students from colleges such as Brown University, Rhode Island School of Design, Providence College, Rhode Island College, Wheelock College and the University of Rhode Island. Virginia is the owner of Little Language Learners, an educational resource design business. International schools abroad, American school districts, teachers, and thousands of students worldwide have benefited from using her language development kit. 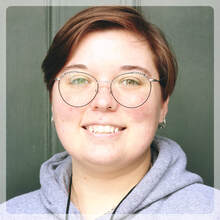 Valerie Schomburg, School Mental Health Counselor
Ms.Valerie@TAPAprovidence.org
Valerie grew up in a military family, spending many years traveling abroad before moving to Massachusetts to settle down. Starting as a volunteer in high school, she worked at Women & Infants Hospital as a Patient Representative while attending UMASS Dartmouth for her Bachelors in Fine Arts. After graduation, Valerie moved to New Mexico to attend Southwestern College to attain her Master’s degree in Art Therapy and Counseling. During this time, she worked as an Intake Specialist and House Manager for a dual diagnosis treatment facility, working with those struggling with both mental health and substance use. For her program’s internship, Valerie chose to return to New England and started at TAPA and East Coast Mental Wellness, where she now continues past graduation.
​

Jared Farley,  Special Educator
Mr.Farley@TAPAprovidence.org
As a musician and a special educator, TAPA allows Jared to combine his two passions. Prior to coming to TAPA he was an inclusion teacher at Davies Vocational Technical High School, where he co-taught in History, Math, and ELA. Jared received his BA in History from the University of Rhode Island, and his Master's degree from Johnston & Wales University. His certifications are in Elementary Education, Elementary Special Education, & Secondary Education. He has been playing guitar for 26 years, and also plays bass and drums.  Jared spent four years in the Air Force, where he had the opportunity to attend four survival schools including; Land Survival (escape & evasion), Arctic survival, water survival, and Resistance training (which included a two day stay at a simulated prisoner of war camp). He also participated in an archeological excavation with Brown University at the Great Temple in Petra, Jordan. Jared strongly believes in the arts integration model, and feels that the TAPA model can be a prototype for the future of education. 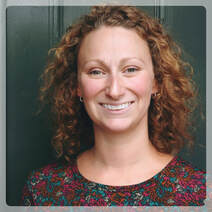 Meghan Minuto, School Nurse
Ms.Minuto@TAPAprovidence.org
Meghan Minuto (she/her/hers) is proud to be TAPA’s dancing nurse. She is a performance artist/choreographer at heart, holding a B.A. in Dance and Performance from Roger Williams University. Meghan has performed alongside and trained with artists including Kelle Wicke Davis, Sean Curran, Michael Bolger, David Dorfman, and Jenny Rocha. She has had the privilege of performing in NY, and close to home at AS220. Following her passion for health and wellness, she then became a Registered Nurse. Meghan understands that the ensemble learns the best when they are healthy and brings her emergency nursing, and acute critical care experience to TAPA. Her job is to ensure the health and wellness of the ensemble in order to strengthen their academic and artistic success. 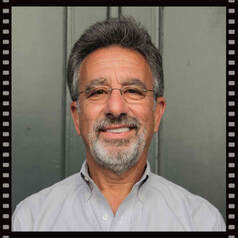 John J. Amara, Facility Manager
John Amara first joined the TAPA Ensemble when TAPA was located in a Victorian-era historic school building. His skill at maintenance, repair, management, and ability to juggle numerous projects at once kept the whole TAPA family warm, comfortable and successful in that old building. Now that TAPA is in a more modern facility, John manages the Custodial Team and is responsible for facilities functions and project management. John also does all the purchasing for the facility and conducts contract negotiation that are facility related.

Javier Pepin, Custodial Team Member (bilingual)
Along with his wife, Zuleika Vidal (listed above) Javier Pepin has been part of the TAPA Ensemble since the beginning. Having first been a TAPA parent, Javier is now a valued TAPA employee. Best known for his unstoppable work ethic and incredible ability to win at any staff sporting event, his role is custodial in nature. Javier is the proud father of two, with a daughter in college and a son in 2nd grade.